Why are logos so important? Think of some of the most famous company logo designs of our time. Nike is a good example, but what does that internationally recognized "swoosh" symbol coupled with a graphically enhanced depiction of the company name really do for Nike? A logo is a starting point for any form of communication in which the company engages. All marketing materials incorporate the company's identity. All advertising incorporates the company image. All promotional materials incorporate the company logo. You see the Nike swoosh on shirts, sweatshirts, hats, key chains, and a host of other promotional stuff that has nothing to do with Nike's core business: shoes. Nike can now use the "swoosh" symbol without the name and people all over the globe know its Nike. How powerful is that? Assuming your company has a positive image; mere recognition of the symbol is enough to get the job done. If it's from Nike it's got to be good -- no need to read.

Logos Convey the Image of the Company

Nike is a great example of a company that illustrates how company image and logo relate. Today most people think Nike and they have positive thoughts but in the not too distant past Nike got caught up in a bit of a scandal over the child labor practices in some of their international manufacturing locations. For those who were aware of this issue, the Nike logo now evoked negative images. But as many great companies do in the face of trouble, Nike responded and responded effectively. Today most people see the child labor issue as ancient history and once again the image conveys positive images. 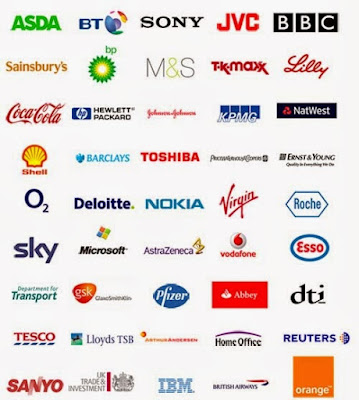 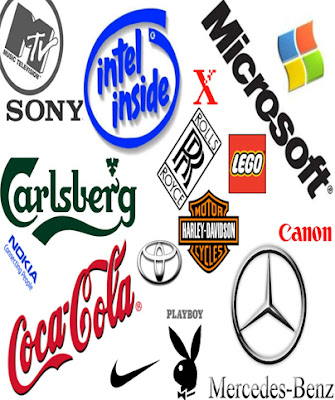 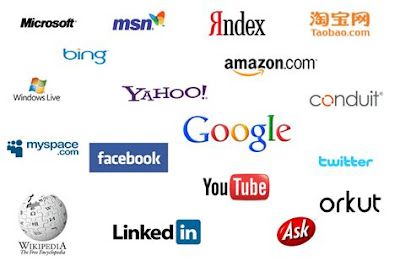 In today's economic climate, banking logos provide more examples of how a company's overall image and its logo are intertwined. When banks like Bank of America and Chase were increasing credit lines and credit offerings, we all loved them. Spotting the BofA flag logo evoked a positive response. But if you've had your interest rates raised by these banks, how do you feel now when you see their identity? The learning point is the greatest identity in the world will not help a company with a negative public image improve that image. Let's talk about a few other famous logos and see what we can learn from them.

Apple is one of the few logos that never included the company's name. It is a rare, pure symbol only logo. Today, the Golden Arch symbol no longer needs to include the name "McDonald's" for brand recognition, but it didn't start out that way. FedEx is an example of a words only logo. The name FedEx is graphically enhanced with color, contrast, and box shapes. Some might argue that the enclosed box is actually a symbol. What we can learn from these three is that they all share common characteristics.

The characteristics that made these corporate logos famous can be summed up in a single word: simplicity. The value of simplicity is that it breeds functionality. All three of these logos are completely functional. They can be enlarged or reduced and reproduced in black and white without any impact on the message they convey. The evolution of the Apple logo illustrates this point. This image originally appeared with layers of different colors, but this limited its functionality. When the logo appeared on the cover of some Apple laptops, it just didn't look good. Now it's a mono color logo. All famous logos follow the most difficult to master design principle: Keep It Simple Stupid!
Diposting Oleh: Unknown

I would like to thank you for the efforts you have made in writing this article.This blog contains very useful information and images regarding Company logo design. Keep sharing!